Back to all posts

Gigs (and life) are like a box of chocolates 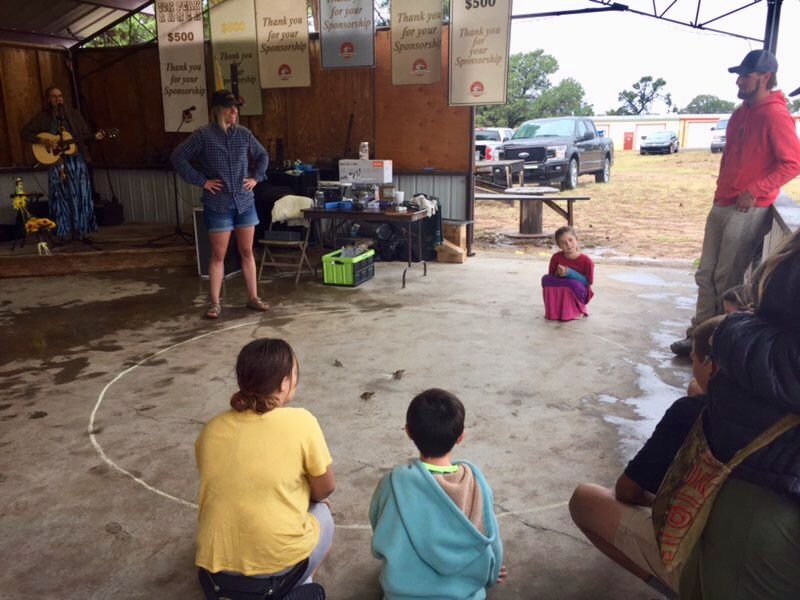 “That’s me in the corner losing my religion“ Not really. But that is one of my favorite songs by R. E. M. That’s actually me in the corner, singing my heart out, at my first paid gig and my first festival, both of which I am super, super grateful for. And due to a monster of a monsoon storm that drove off 95% of the crowd, the beloved horny toad race was moved inside and commenced during my set, as you can see, right beside the stage. But that was awesome because all the folks that stayed for it also got to hear me and without them I gotta tell you...the number of remaining audience members would have been cut in half. But, as you can see there were also kids and that meant I got to sing my new children’s song in front of actual children and it was so freaking cool!! When I posted something about it on social media my Song School buddy Jean Larie commented back the title to this post...”gigs and life are like a box of chocolates...you never know what you’re gonna get”! And that part is pretty cool. I am finding  that life...and gigs...are what you make of it and I made that first real gig of mine a lot of fun...at least in my own mind and heart...and that works wonders for me. I sang 14 songs, 7 from the album Sunflower’s Debut and 7 new songs including My Friend Oliphant which is a fun kid of all ages sort of song about learning how to fall down.

Its been almost a month since the Pie Festival and festivals in general for me have been winding down for the season. I am hoping to play a couple gigs this fall and in November will be doing another 7 day Fearless songwriting challenge. I am collaborating on a co-write at the moment which is my second collaboration and a lot of fun. As the weather gets cooler the road seems longer and I tend to want to hunker down at home and write and practice new skills and see what this season brings. I have had an amazing year thus far and hope to continue that trend right until 2019 comes to an end. Thanks for coming along for the ride and may the fastest horny toad win!!